As many as 13 people were injured and 32 homes damaged in Kralanh village, Krakor District in Pursat province after stormy weather on 17 April. Storm damage was also reported in Phnom Kravanh district on the same day, while heavy rain of 87.5mm in 24 hours to 19 Apruil caused flooding in Pursat City. 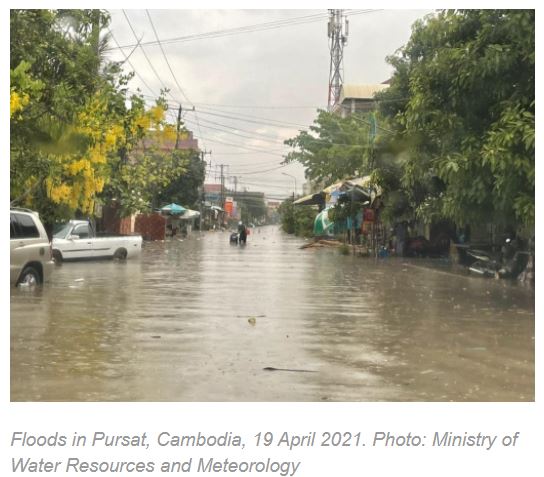